United States Pavement markings, as determined by the Manual on Uniform Traffic Control Devices (MUTCD), are efficient ways to instruct drivers of roadway use and warn them of potential hazards ahead. While we are aware of most pavement markings found at intersections, let’s take a little time to do a quick review the most common ones.

Yellow lines down the center of the road indicate that the traffic is flowing in two different directions.

Solid yellow lane – passing is not permitted at any time

When a broken yellow line is on driver’s side of a solid yellow line drivers can pass when safe.

A solid yellow line on the driver’s side of a broken yellow line means drivers are not permitted to pass.

White lines on the road divides traffic is going the same direction.

Double white – lane changes are not permitted at any time 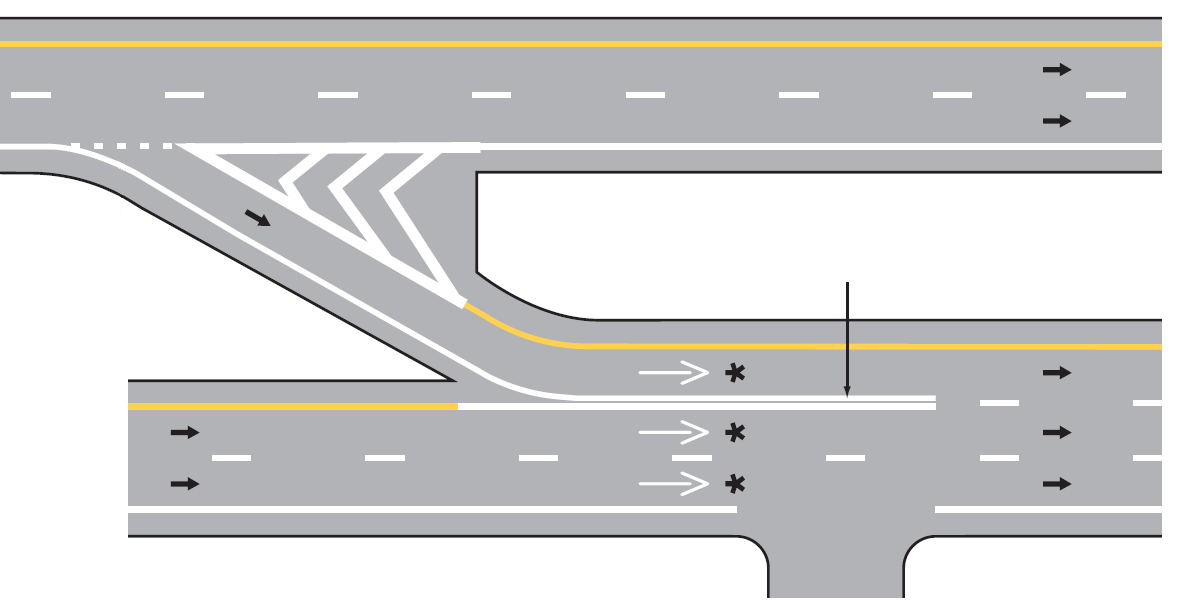 Stop lines are solid white lines across the driving lane and are at least 12 inches wide showing where motorists are required to stop when signaled to do so. Pay particular attention to these stop lines as they will help you avoid points of conflict in unfamiliar areas. Often left turn and left lane stop lines occur well before stop lines for those to the right or going straight through an intersection to make room for larger vehicles turning left from cross streets. 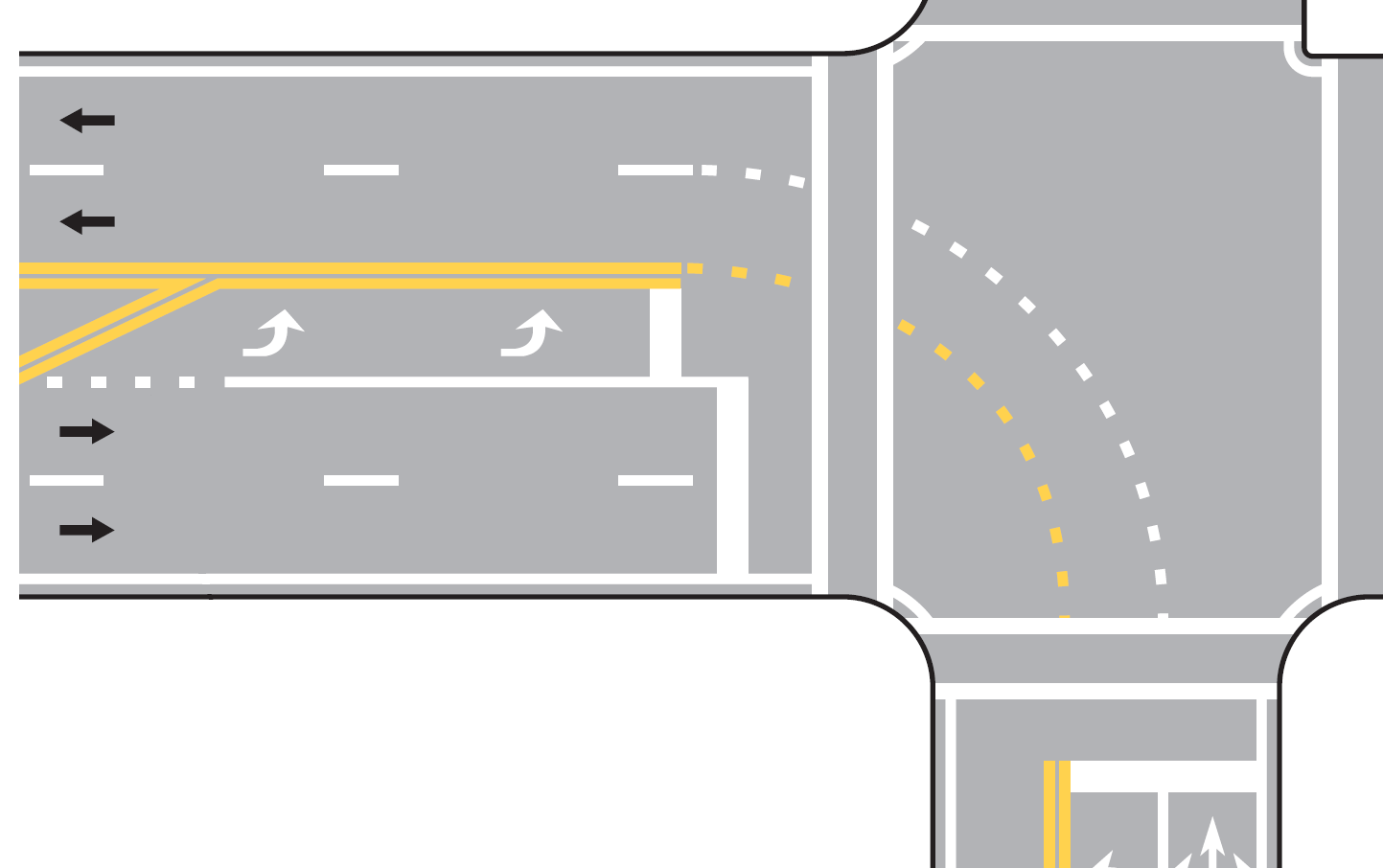 Yield markings are a row of solid white triangles across a driving lane as you might find when entering a roundabout. These indicate the appropriate point to yield for pedestrians or other traffic.

Supplemental words painted on the pavement provide additional guidance at intersections. Some of these markings are regulatory and these instructions must be obeyed. Examples of these include “Stop”, “Yield”, “Left or Right Turn Only”, and lane use markings. Other words serve as warning messages. Examples of warning messages include “Stop Ahead”, “Yield Ahead”. “School Xing” or “Ped Xing”.

Extension lines mark turns lanes through the intersection when there is more than one left or right turn lane. Drivers should say within their own lane when turning. This is particularly important for RV drivers as we often have larger vehicles that make wider turns. If you have two turn lanes available, it is often safer to turn from the outside lane to accommodate your larger vehicle. (see image under "Stop Lines" above)

Tansverse Rumble Strips are the application of depressed or raised areas across the surface of an approach lane to produce an audible and tactile warning of the impending intersection. These warnings are used to alert the driver to potential danger ahead.

Interesting fact: You know those broken white and yellow painted lane markers you see on roadways? When asked, most people say that they are about two feet long and two feet apart. In reality, these broken white and yellow lines are 10 feet long and 30 feet apart. That is a significant difference! Speed can change our perception of reality, especially in relation to distances. Think about that the next time you are driving down the interstate at highway speeds.